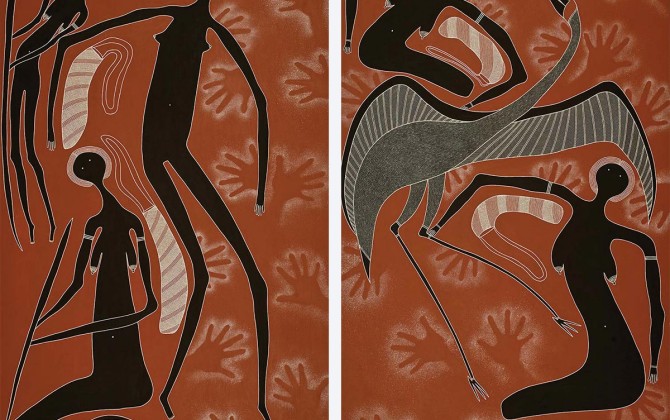 This story has its origins in Billy’s great grandmother’s country near Georgetown in the
far North of Queensland which is the Gwamin language group.
Bralga was a young Aboriginal girl who in ancient times refused to collect food with the
other women. She preferred to stay at the camp site and dance all day instead. The old
women were at first amused at her dancing ability but eventually grew tired of her
laziness and warned her that if she did not work they would have to take action.
She did not heed the warning so the old women went to see the Clever Man or
witchdoctor to use his black magic to punish her. He made his spell and transformed her
into a long legged bird which we know as the Brolga and to this day it still dances just as
Bralga used to