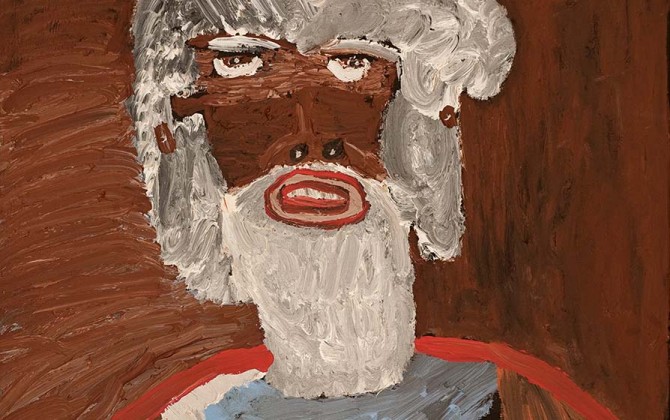 Jackie Charles is an actor who starred in such iconic Australian films as the “Chant of
Jimmy Blacksmith” and more recently in a documentary of his life titled “Bastardry”. He
has used his celebrity to champion several Aboriginal causes and he is the face of a
campaign to slow the advance of hepatitis C in the Aboriginal community.
Turbo was commissioned by Hans Sip to paint a portrait of Jackie and he gladly agreed
as he considers Jackie as his uncle. The work is vigorous and expressive and portrays
Jackie as only Turbo could. He has painted only one other portrait in his career.