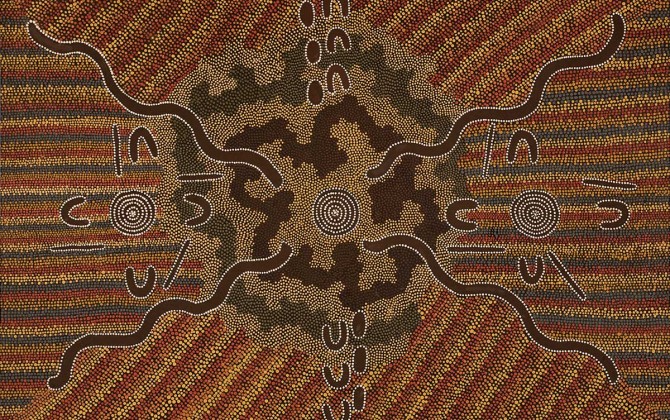 This Item Has Been Sold

The central portion of this work alludes to abundant bush foods. The women collecting
the food are shown as U shapes with the neighboring iconography being their digging
sticks and coolamons. The wavy lines denote water running to the water hole at the very
centre represented by the concentric circles. Concentric circles also double as designating
sacred ceremonial sand paintings relating in this case to women’s religious rituals. The
straight linear dot design that gives the work a rhythmic shimmering effect represents the
women’s ceremonial body paint.