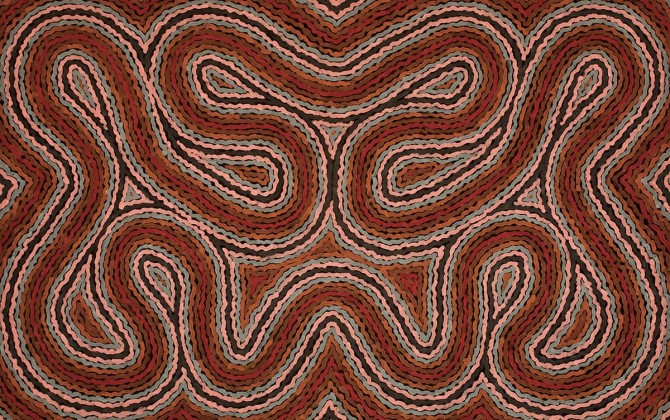 The Worm Dreaming relates to an ancient sacred site situated in Clifford’s homeland that rests in
the Tanami Desert in the Northern Territory..
The linear design relates to tunnels that were created by Ancestral Worms creating a labyrinth
that was designed to avoid being captured and eaten by hungry crows.
Tribal Worm Law Men such as Clifford engaged in Worm ceremonies which included ritual song,
dance and body decorations. The linear patterning of this work doubles as the ceremonial paint
connected to sacred Worm Dreaming Ceremonies.